The Anatomy of an Engaging Headshot

Someone told me yesterday an interesting statement. Since he did passport photos, he figured he can also do a headshot. While a passport is technically a headshot, it is not the type of headshot we offer to our clients. Doing headshots is not as simple as most people think it would be. In some ways, yes. Any photographer who knows how to light a person's face can produce a fairly good headshot image. But I was trained to do it differently.

I was trained by Peter Hurley last year. He is known worldwide for providing professional headshots for aspiring actors and models. Whatever I learned from him, I translated to corporate people and average joes. The challenge now is how to make a normal person project in front of the camera like an actor/model? It's not that straightforward. Here's an example from last week's shoot with Sean.

Sean is a normal Kiwi bloke. He is also a business owner. So for him to project like an actor is quite a task. But we have our ways to accomplish that task.

Image 1 is what we call an ID/passport shot - shoulders square towards the camera. Sean is a big and stocky guy so that position makes him bigger. To soften a person's build, photographers normally angle the subject, as shown in Image 2. But he was quite awkward on that shot as he had not yet warmed up to the camera. Through proper coaching and directing, he started to warm up and project a confident face on Image 3. For some photographers, this will do and most clients would probably accept that image. For us though, Image 3 is just the beginning of the fun part of the shoot. I was still unhappy with this image because it looked stiff. I wanted to show personality and professionalism at the same time. Image 4 shows him having fun, probably too much fun. This cannot be used as well because it seems the person on the image cannot be taken seriously. The best shot, then, lies somewhere in between Images 3 and 4. The final image is the perfect headshot for him - confident yet approachable. Looks easy to do eh? 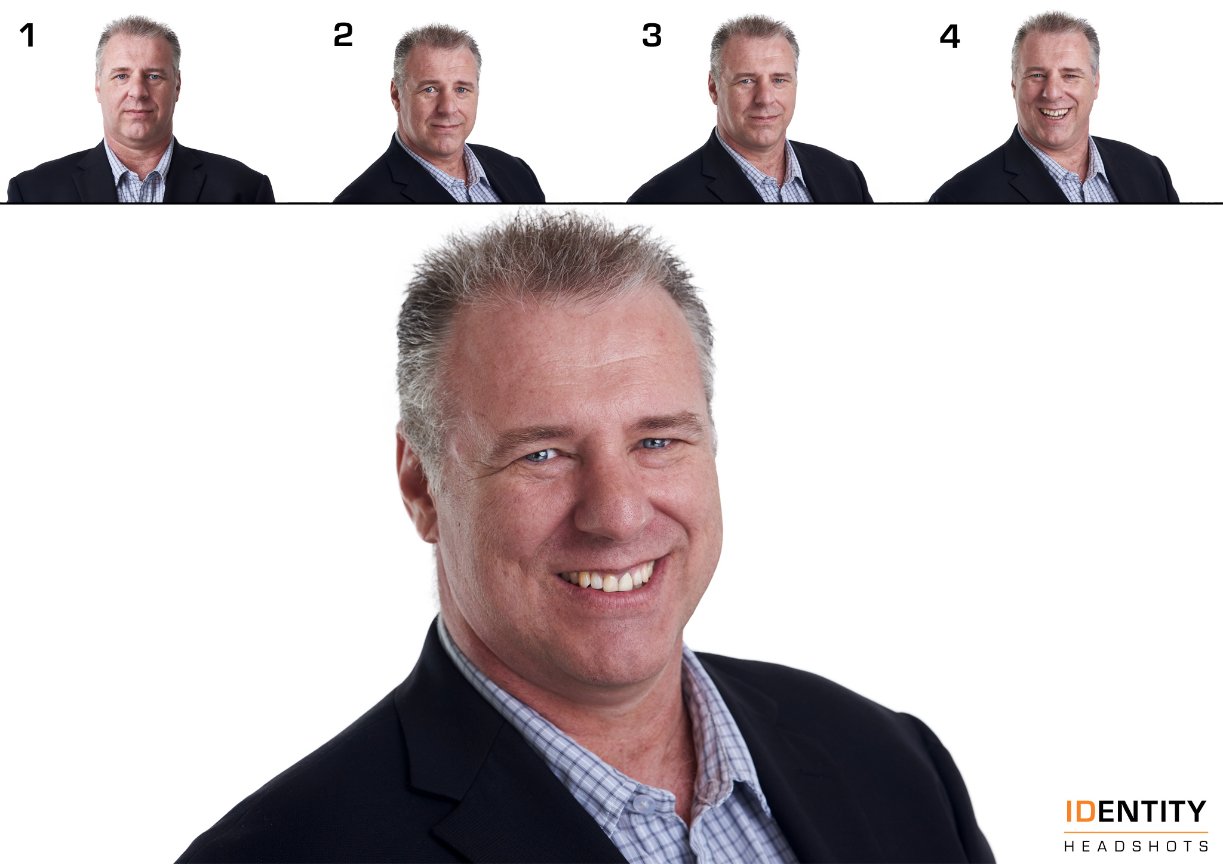